Solar Powered Gadgets You’ve Just Got to Have

Solar Energy is Helping Thousands in This Unexpected Area

Solar Powered Gadgets You’ve Just Got to Have 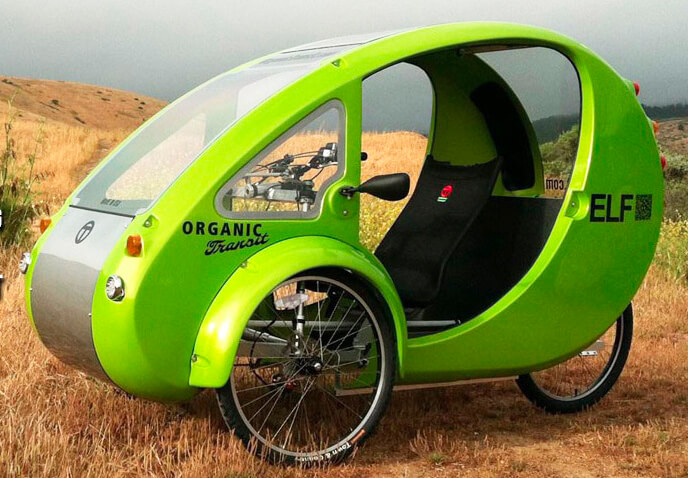 Solar powered technology has been around for a while. Originally a laughable joke suited for only science fiction, constant technological advancement has given this green age technology the last laugh. And more importantly, it has given us some solar powered gadgets that have become must-haves. First and foremost, one of the main interests regarding solar tech has been to harness it for the road.

With the sun as its fuel source, anyone can travel anywhere if the skies are blue and the sun is bright. Now with electric cars starting to gain a following, hybrids between electric and solar are beginning to surface, such as the Ford C-Max Solar Energi, which looks like it jumped straight out of a futuristic comic book. And it’s not the only one, there’s also the ELF; a solar-electric, pedal powered car with quite a unique look about it.

A cross between an electric car with solar panels and a bicycle, this egg-shaped oddity can hit 20 miles an hour, with a 15-mile usage per charge. Although that’s assuming you can’t use the solar panels. And even when its battery is completely drained you can still pedal your way to your destination. Environmentally friendly and great for your physique! The next of our solar powered gadgets is a special little bike lock call Skylock. Unlockable by smartphone, Skylock is reported to hold a week’s worth of power with only an hour charge by its built-in solar panel. This bike lock from the future has a useful range of safety options, including tampering alarms and alerting officials for aid should you get into an accident. A definite must-have for cyclists.

While solar energy will always have a place on the road, the ability to charge our other electronics is where solar energy gadgets hit their stride. Take, for example, the Waka Waka charger. A solar charger in a shatter resistant plastic casing of bright orange, it can charge a smartphone, mp3 player, tablet, and e-readers individually. It can store a 12-hour charge, with some models including a flashlight settings that produces between 5 – 75 Lumens. And if that’s not enough to make it a must-have, the company has a policy of donating a solar light for every charger and flashlight sold. Charging Multiple Devices at Once

If you want to charge multiple devices at once this is the charger for you. With its sleek petal design, the Solio charger is ideal for multiple charges and connects with a standard USB cable. Just another option if you are interested in an environmentally friendly way to recharge your devices.

There are so many amazing things coming out for solar energy these days. From solar powered shingles to solar powered tents, they can range from practical solar backpacks to the beautiful Sonic Booms in Seattle’s Pacific Science Center. But not all solar powered gadgets are necessarily made from cutting edge technology. Sometimes it can be as simple as a Moser Lamp. By filling a plastic bottle with water and bleach, sunlight refracts through these homemade marvels to create glowing light within the 40 – 60-watt range. All for free thanks to the sun and our limitless imagination. And they still keep coming. Keep your eyes peeled for the next big thing in solar gadgetry.