This Island is Almost Completely Powered by Solar Energy

This Island is Almost Completely Powered by Solar Energy 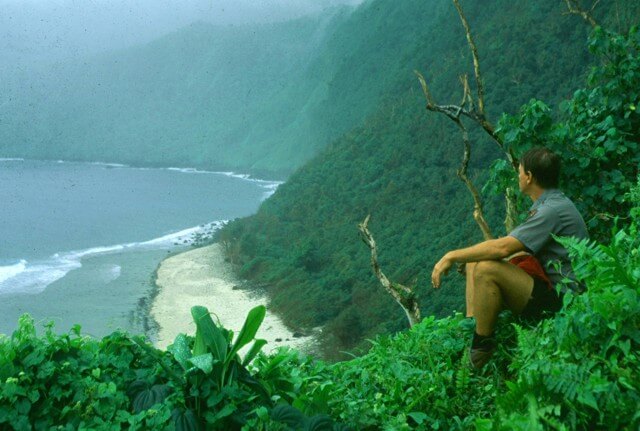 The concept of solar energy expansion has been one of the 21st century initiatives throughout the whole world. Today, a small American Samoan island has taken a massive leap from using diesel generators to a renewable source of energy almost completely. While this is seen as one of the best initiatives to make the world go green, it is thought that the easternmost Samoan islands have been equipped with a new microgrid capable of producing 6 megawatt-hours of battery for storage and 1.4 megawatts of solar generation capacity enough to power the island — both day and night.

With an approximated area of 17 square miles, Ta’u Island has a population less than 1,000 people, which makes it a place where implementation of green energy is incredibly easy. In the past, the island has relied almost 100 percent on diesel generators as a way of producing their electricity. However, it has not always been the perfect situation. Since Ta’u Island is so remote, fuel used to run the generators need to be shipped in by boat, making the process expensive. This can also mean that they come close to running out of fuel before the next shipment comes in.

For the last 12 months, American Samoa Power Authority started finding out on how they improve the generation of electricity in the area by making it green. In addition, this was one of the ways of ensuring that gas emissions are reduced while reducing over-reliance on diesel. The idea was also to reduce the level of carbon emissions experienced in Ta’u Island with an aim of combating global warming.

When the project was started, it had a system made up of over 60 Tesla Powerpack battery storage systems and 5,000 SolarCity solar panels. With the new microgrid that would save the island about 110,000 diesel fuel gallons each year, amounts of carbon dioxide emissions would reduce to about 2.5 million pounds according to the U.S. Energy & Information Administration data.

While many might argue that since 2008, the Galapagos Island in San Cristobal has used close to 30 percent of its own power from solar and wind, this has reduced the cases of reliance on diesel that may ultimately have a huge impact on the environment. The main goal is to eventually eliminate the use of these fossil fuels within the Galapagos to make it solar energy dependent and environmentally friendly.

The microgrid is already operating, which allows it to cover close to 99 percent of the power needs of the island. The battery system also can provide 3-full days of power without full sunlight to the island. This initiative would improve the efficiency rate in the island making it become more energy efficient. A report by Nature Conservancy also indicated that the island is now running almost entirely on a renewable solar energy.

The solar power future lies in these kinds of battery-coupled systems that allow energy to be easily stored before dispatched even if the sun’s not shining since this would provide fast-responding energy storage solutions that are key to the continued renewables expansion.