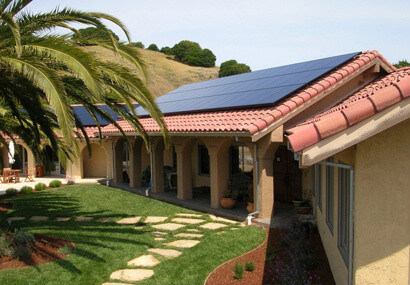 Wondering what effect new legislation will have on alternative energy?

Contact Solar 360. We'll keep you up to date on any changes.

President Trump said that he will work towards improving the enforcement of U.S. trade laws. This sounds like music to the ears of the owners of SolarWorld, the Oregon-based solar panel manufacturer, that hopes fulfillment of this promise will help reduce competition from cheaper panels imported from China.

In a document released on March 1st, Trump stated that it is almost impossible for companies producing in the U.S. to compete favorably with foreign imports, which are backed by subsidies of foreign governments. The argument in this document is in line with what Trump has been saying since he began his presidential campaign and it focuses mainly on imports from China. Trump calls for the adoption of clear trade rules and the enforcement of trade defense strategies to ensure balance and fair competition between China and the U.S.

President Trump maintained that his administration will not continue to permit unfair practices that are detrimental to the American worker, farmer, and businesses. The trade agenda states the unfair trade between China and U.S.has led to a lower standard of living for Americans by distorting U.S. and world trade markets.

In the last 24 months, Chinese photovoltaic cell manufacturers have produced a massive number of solar panels in response to the stimulus of the government of China, which set an unrealistic domestic installation target. Unfortunately, this has reduced the profit margins of U.S. manufacturers. Without a meaningful intervention, this could lead to the same type of price crash that the solar panel market experienced in 2011.

Chief executives of U.S. solar panel manufacturers have said that it is not right for them to allow China to form a monopoly in the PV market by adopting unfair trade practices. They believe that trade defense is needed to curtail the impact of non-market economies like China that are hiding under the guise of socialism to build up state-financed capacities and damage market economies like the U.S. and global solar industry.

Top U.S. solar panel manufacturers have been trying to curtail the Chinese export of highly subsidized solar panels for 6 years. In 2011, Chinese manufacturers, in response to an expected rise in global solar panel demand increased their production capacity and this resulted in a crash of prices that put many U.S. based manufacturers out of business.

In 2011, SolarWorld filed a suit against dumping and subsidies by China. This led to the imposition of higher tariffs on Chinese solar cells. Importers continued with Taiwanese cells instead and in 2013 another suit was filed against cells and modules from China and Taiwan. Tariffs were raised again in response to this suit.

The imposition of high tariffs has led to the re-establishment of solar cell manufacturing companies in many countries across Southeast Asia. The owners of these businesses hope to export the panels to the U.S. and beat the high tariffs imposed on panels imported directly from China and Taiwan.

Hopefully, the new stance of the U.S. government led by President Trump will help to protect the businesses and investments of U.S. solar cell manufacturers who usually produce higher quality PV panels at a higher cost.