Use Solar Energy to Cool Your Home This Summer 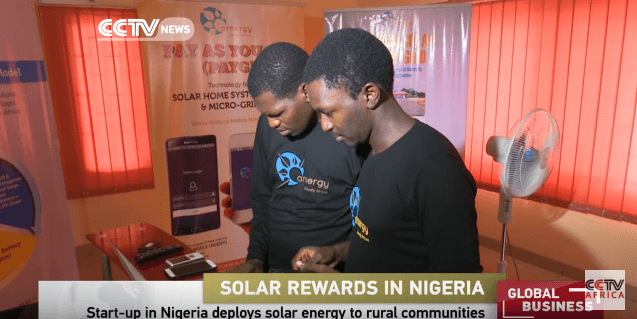 Power shortages are usual phenomena in Nigeria. In fact, a new system of solar power can help enormously by alleviating rural poverty, where the situation is worst. In fact, the local government has spent a lot of money in order to solve this particular problem but the blackouts persist. Despite the chaos in this area, there is a chance for a small start up in this country to light up these somewhat forgotten poor rural communities.

A small community in Edo State, Obayatan, in Nigeria never had supplies of electricity. In this small rural place live around 1,000 people. Their living conditions leave much to be desired. Fortunately, since last October the situation in this forgotten place began to change. More specifically, a solar system of about 37.8 kw was installed in the area, providing a power supply without any interruption. Today, people who live in this community can enjoy electricity 24 hours a day, by paying a fee that is the equivalent of 25 cents daily.

In addition, there are 5 other communities in the area, like Obayatan, which have never had electricity and have the same problems. It is estimated that around 89% of people who live in rural Saharan Africa don’t have any electricity, which is actually more than twice the percentage in urban areas.

The good news is that two young men, Femi Adeyemo and Kunle Odebunum, co-founders of Arnergy, have come to their rescue. Arnergy is a social utility enterprise that deploys solar energy to poor rural communities,  businesses, and houses across the country. These men teamed up with an accountant in order to establish Anergy in 2014. From their office which is located in Lagos, they help to light up businesses and houses at very affordable costs through a rental solar energy power system that gives residents the chance to rent a solar system in order to be able to power their homes by paying just a small fee daily.

Their aim is to provide solar energy to the poor people in the villages as well as the peri-urban and people who live in the urban areas. This way they focus mainly on people who are middle class. In fact, this particular class grows extensively in the country, making it their primary target.

The customers have the option to choose from a number of 3 products. The smallest option, which is also known as Anergy 60, costs about $20  and has a rental payment fee of 25 cents daily. The biggest option, which is widely known as the Anergy 500 costs $126 and people can rent it by paying $1 each day. Above all, they are environmentally friendly and cheaper than other generators that are used in the country.

The customers today have two options to place their order for solar energy from Arnergy. They can go through the company’s app from a cell phone or can visit the company’s website online. The overall process is fast and efficient. After the company certifies the customer’s payment, they immediately begin to provide service.

Not only is this project incredibly inspiring and uplifting, it is a great way to provide the people of rural Nigeria access to electricity. Soon, this advancement will lead to other life improvements in the areas of health, communications, education and of course cleaner water for the country.