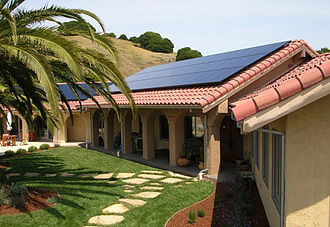 Contact us today by filling out the form below.

The clean energy sector is creating more jobs than anticipated. This is according to a published report composed by EDF Climate Corps and Meister. This report rates the profession of wind turbine technician as the fastest-growing profession, and this highlights the potential of wind energy on the US economy. At the time of its publication, the report states that the clean energy sector employed over 4 million people in 2015, compared to about 3.4 million employees in 2011.

The increase in employment opportunities testifies to the rapid growth of the sector. In fact, jobs in the solar and wind energy sectors have grown consistently at a rate of 20 percent per year. This means that the job creation rates in these two renewable energy sectors are 12 times faster than the job creation rate of the general US economy. The report also shows that 46 percent of all large firms specializing in wind and solar power have hired additional workers in 2014 and 2015. The hiring has been driven by a need to address sustainability issues within these two niches of clean energy. This shows that the future of solar energy is bright.

The aforementioned gains stand in stark contrast to the stance taken by the Trump administration on matters concerning energy, and in extension, energy policies. President Trump champions for the elimination of environmental regulations so that fossil-fuel production can increase in the hope that more jobs will be created. Liz Delaney of EDF Climate Corps characterizes such a stance as uninformed as it ignores the growth in the clean energy sector. According to Trump, 28,000 jobs will be created by the Keystone XL Pipeline project. However, a report published by Business Insider showed that this figure is highly exaggerated.

According to the White House, elimination of regulations, such as the Climate Action Plan, would allow wages to increase tremendously, and it quotes a total wage increase of $30 billion during a seven-year period. Climate Central, a climate change research group, has disputed this figure and has stated that the projection is based on non-peer reviewed research whose findings were intentionally skewed to favor fossil-fuel companies. This biased research calls for the US administration to support unlimited drilling and mining in restricted federal lands.

In 2015, there was a 12 percent reduction in the number of employees working in the coal mining sector. This is according to statistics provided by the Energy Information Administration. The EDF report also shows that the employment opportunities created by the clean energy sector cannot be outsourced. This means that if the administration wants to create stable employment, they should consider investing in the clean energy sector. This makes economic sense, especially when one considers the upsurge in green energy technology, which also attests to a future in solar energy.